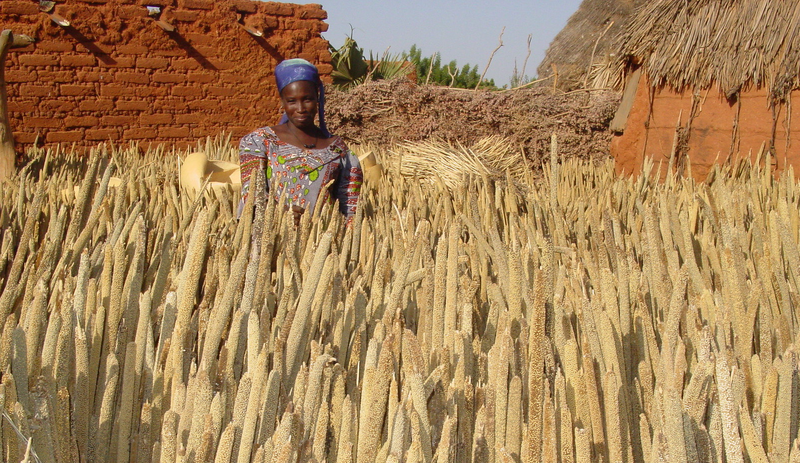 Prindex Co-Director Malcolm Childress says that land rights must be central to the Summit’s solutions if we truly want a sustainable global food system that leaves no one behind. This article was first published on Reuters Trust.

Our food system doesn’t work for everyone. The UN’s 2021 report on food security says 118 million more people have been pushed into hunger since the pandemic – we’re now heading towards a billion people (currently 928 million) living with severe food insecurity around the world.

This week’s Food Systems Summit sounds like it could offer up the kind of systemic overhaul the world needs. But with accusations of corporate capture and underrepresentation of indigenous and smallholder groups, the Summit must place a greater emphasis on rights to ensure global food policy leaves no one behind.

The reality is that most of the food insecure people in the world are small farmers, agricultural laborers and poor urban workers, many of them disenfranchised women. They need land, working capital, jobs and protection from shocks.

The real long-term solutions for these vulnerable groups lie in securing, sustaining and expanding what is already daily practice for many small farmers – things like agroecology and organic farming.

If the Summit fails to put land rights, women’s equality and protection from climate and economic shocks front and center of specific policy solutions, it risks propping up the status quo, or worse – unintentionally pushing more vulnerable people into hunger.

That’s why a human rights approach should be top of the Summit’s agenda. This includes stronger land rights for indigenous people, women, small farmers, and workers. Evidence shows that where food producers enjoy secure land tenure, they invest more in their farms for the long-term, resulting in productivity gains and less pressure on land.

Unfortunately, rates of tenure insecurity are incredibly high. Prindex finds that globally 1 in 5 people living in rural areas feel insecure about their land rights, with rates even higher in key smallholder regions like South Asia, East Asia and sub-Saharan Africa.

Yet we know that stronger land rights – especially for women – facilitate access to credit and protect against displacement. They also help farmers organise, get better access to international markets and compete with the big players. Failing to secure smallholder land rights could concentrate ownership further (1% of farms already control 70% of farmland), leading to devastating cultural and economic losses for farming communities and potentially violent conflict.

Land and housing rights are important for the urban poor too. Without the safety net of a secure home – the foundation economic productivity – people can live precarious lives and get pushed into hunger by shocks like Covid. Such shocks will become more commonplace due to our heating climate, as will dips in food production and spikes in prices thanks to increasing crop pests, unpredictable rainy seasons, and extreme weather.

In many ways the controversy around the Summit mirrors debates about the role and voice of small farmers and workers in the global economy. Since its inception, the meeting – touted as a people’s summit – has been marred by civil society boycotts as areas of critical importance to vulnerable groups such as land rights have been pushed to the margins.

Speaking for the defence, the Summit has put new impetus behind global food policy and has been open to a multitude of voices. It was relatively barrier free to set up or attend one of its independent dialogues, which will feed into the UN Secretary General’s guiding note on future food policy – the event’s key outcome document.

However, member states were also invited to host national dialogues to feed into this process – the extent to which these have been influenced by multinationals is unknowable, as is the relative weight the UN will apply to civil society vs member state consultations.

Uncertainty about the process driven by a lack of transparency led many researchers and activist groups to set up breakaway forums calling for a move away from corporate food systems.

These critics aren’t calling for the exclusion of businesses from the discussion – they are after all a key stakeholder in this – but for conflicts of interest to be addressed and for the Summit to orientate itself around the hundreds of millions of small producers who currently feed most of the lower- and middle-income populations of the world.

Another criticism of the Summit is that it lacks teeth. There are no targets, no way of holding governments to account. We need robust monitoring now, including measuring tenure insecurity (Prindex’s perception index is one cost-effective way of doing this). Such monitoring can help us identify at risk areas and prioritise their protection.

This Summit is not the end; it’s important because it has the power to redirect international food policy, public discourse and funding for decades to come. Big businesses know this and will be sure to insist on their say. That’s why we must join together to insist that small farmers and indigenous peoples not only get a seat at the table, but that their policy solutions and their land rights and human rights end up in ink and not hot air.

Displaced within a city: COVID-19 and repeat evictions in Lagos’ slums

There are over 100 slum and squatter settlements in Nigeria’s largest city Lagos. We visited five such communities as part of a study on the impact of covid on land and housing rights.

Land security in Latin America and the Caribbean: a data driven approach