A successful launch for Prindex's first 15 countries of data 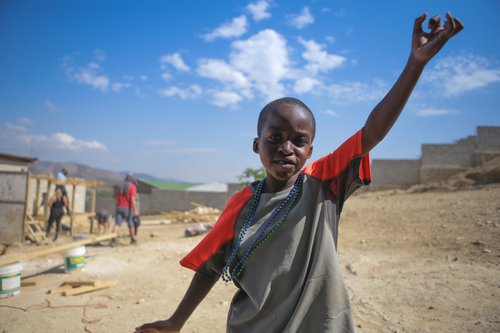 Last week the Prindex team launched our first 15 countries worth of data on the sidelines of the Committee for Food Security's 45th meeting at the Food and Agriculture Organisation in Rome. This first wave of data was made available for users worldwide on 17 October.

During an exclusive pre-launch event on 16 October, we unveiled the findings to a number of attendees, supported by a panel including Dr Janet Edeme, Head of Rural Economy & Agriculture at the African Union, Terri Sarch, UK Ambassador and Permanent Representative to the UN Food Agriculture Agencies in Rome, and Joe Daly, Partner at Gallup.

"We need to be able to use data to drive land policy reforms at national level." Dr Edeme told attendees. "I see alot of opportunities in cooperating very closely with Prindex and the African Land Policy Centre."

The launch was covered by outlets including Reuters' Place and the BBC World Service.

Our headline finding was that one in four respondents across those countries identified as tenure insecure, in the sense that they thought it was likely that they would lose their home or land within the next five years. (See press release.)

For some time, many of us working in the land sector have believed that something like this was true, but this is the largest scale validation yet of that belief.

Our co-director Malcolm Childress announced that in 2019 we will be taking our coverage worldwide, with the intention to use Gallup World Poll to collect data from countries accounting for 95% of the world's population.

We were thrilled that Diana Fletschner, Senior Director of Research Monitoring and Evaluation at Landesa, welcomed our findings on the gendered aspects of tenure security with an article which expresses hope the Prindex can shine a new light on the neglected struggles of women to secure title to their land in the event of divorce or spousal death.

We were also excited that Renee Giovarelli of Resource Equity welcomed our findings on gender in similar terms, also setting out a number of questions to inspire future research.

Bill Cobbett, Director of Cities Alliance, noted that our data showed tenure insecurity to be worse across the sample as a whole in urban areas than in rural areas. He wrote that Prindex has the potential to encourage policymakers to focus on what he sees as being one of the principal motors of urban transformation: the tenure security that makes citydwellers feel confident investing in their homes.

Want to be the first to know when our next release is ready? Sign up here.