Our plans for 2019: a huge step forward for understanding of land and property rights worldwide 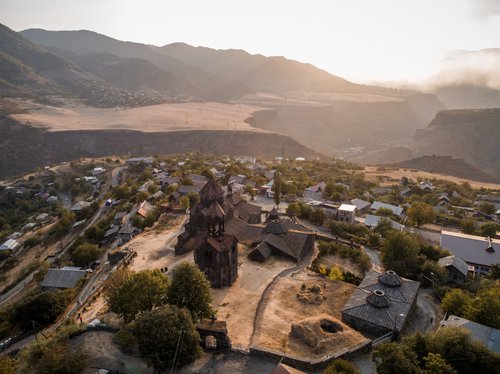 Until today, the world had no internationally comparable data on citizens’ perceptions of the security their property rights; no way of tracking how people evaluated the likelihood of their home or other land being taken from them.

As of today, that changes: Prindex unveils the first wave of our survey data, covering 15 countries, home to a combined 268 million people. It’s a watershed moment, and even at this early stage there are some interesting numbers emerging from the data. By the year’s end we will have more than doubled those numbers.

Today we also announce that a little over a year from now, we plan to publish data collected through Gallup World Poll, which will bring our total coverage to an anticipated 140 countries with a total population of 6.8 billion: 95 percent of the world’s population.

It’s hard to overstate the importance of this rapid acceleration. Researchers, policymakers, donors, and citizens the world over will have access to data that gives all of us a truly global picture of what we believe to be an urgent challenge of the 21st century: insecure land and property rights.

For decades, there has been a global consensus that property rights are likely a foundation of economic development. That belief led to the incorporation of both formally documented property rights and the perception of secure property rights within the UN’s Sustainable Development Goals. Over the years, studies here and there have suggested that they also play a role in combating ecological degradation, helping societies to prevent or heal from conflict and strengthening gender equality.

But the truth is that we’ve never had the sort of data that allows us to quantify varying rates of tenure insecurity on a global scale. That in turn has made it hard to track the impact of secure land and property rights on global phenomena such as economic growth and gender equality, and to track and trace the impact of various national or local interventions to improve those rights.

We hope that quantifying the problem will push it up the global agenda, challenging national governments and the international community to do more, and to do it smarter.

Our plans do not end there. In the years to come, as we collect and publish future rounds of data, the global development and land rights communities will have a tool to track and trace improvements from region to region and country to country. It will help us to identify where improvements are most rapid, and where they are stalling. It will help show where innovation is working, and where change is experienced unevenly by gender, income status and tenure type.

We see ourselves as playing a vital role within the global land rights movement, but know that role to be best fulfilled through collaboration with others. Every dataset will deliver the strongest insights when it is combined with others: that is true of ours as much as it is true of the other contributors to what we call an ‘ecosystem’ of land data. We expect those contributors to include the custodians of Sustainable Development Goal 1.4.2, the Global Land Tenure Network’s Global Land Indicators Initiative and the International Land Coalition’s Dashboard.

We also know that data achieves real power when it is widely used. That is why we are building partnerships with regional bodies such as the African Land Policy Centre to help ensure that our data is in the hands of those who can benefit from it most.

The data we publish today is the culmination of years of effort: two international trials, a peer-reviewed methodology, and work with governments and researchers in countries from Tanzania to India and Colombia. But we have much further to go.

There is an urgency to this information: for too long, land rights have been neglected amongst development goals partly because they have seemed hard to quantify. Every year without a reliable global measure is a year in which we as an international community are less well-informed than we need to be.

The release of our first data today, and the news that we will cover 95 percent of the world’s population by the end of 2019, are steps toward changing that.

This blog was originally published by Landportal