How do you turn a slum into a suburb? Perhaps data holds a key 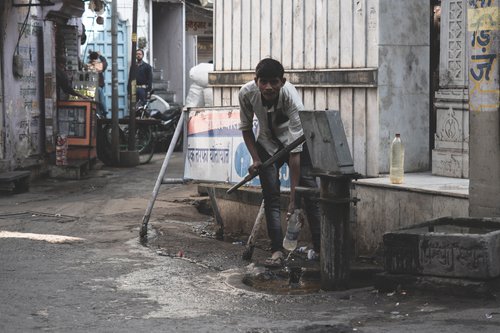 It is brewing most remarkably not in storied national capitals and megacities, but in the medium sized, second-tier cities, less watched by governments and journalists. Cities that might double in size in 12-15 years, yet already under-resourced.

It is a demographic revolution: significant population growth which drives the epochal growth of city dwelling, as the world becomes ever more urban.

This revolution now gathers beneath its wing of concrete, brick and tarpaulin the majority of humanity. When cities thrive, nations thrive and the world thrives with them.

But much of the urban growth of the past several decades has been unplanned, informal and incremental, leading to the spread of slums which, depending on the reaction of public authorities, can either be effective footholds to opportunity, or traps of uncertainty and exclusion for the very poorest in society.

There is no simple answer to the question of what makes a good city, or what turns a slum into a suburb. Each draws upon its national and geographic context, and unique history.

Policymakers have innumerable tools with which to improve cities, including zoning and investment in municipal infrastructure and services.

But over the last 30 years of working as part of the worldwide movement for better cities, I have observed that there is one vital tool available to policymakers which they seem especially reluctant to use: improvements to tenure security. Quite simply, recognising the rights of the poor to be citizens, and to have equal access to services, economic opportunity and, ultimately, social mobility.

Survey data released this week by Prindex, a joint initiative of the Overseas Development Institute and the Global Land Alliance, found that across 15 countries in the developing world one in four people reported a lack of tenure security, and that the problem is especially acute amongst urban residents. In Thailand, for instance, reports of tenure insecurity were ten percent higher in urban than rural areas.

This matters because for most city residents, tenure security is what gives people confidence to make their most important investments – in their own house, and their own future. Writ large, this is how cities get built, with women often playing a leading role.

The overwhelming majority of housing stock in the global South is built not by the formal private sector or local authorities, but by poor residents themselves. Laying the foundations, building the walls, connecting amenities and sealing the floor all happen incrementally, as and when the household can afford.

Wherever I have seen this sort of incremental housing investment take off it has been in part because people feel secure about their rights to stay in the home they are improving. There are myriad examples, especially across Latin America, of places that were slums 20 or 30 years ago and are now integrated into the city fabric as regular suburbs. In Dakar, Senegal, there are areas that were once the site of World Bank site and service schemes, that have become integrated with the surrounding city.

The magic ingredient in each case was the belief of householders that this was a safe place for them to sink their savings, and possibly remittances. Having this sort of security encourages investment beyond the household: businesses are more likely to have confidence in a city in which the residents demonstrate confidence and belief.

This virtuous cycle is the story of how successful cities get built. I believe we have both the duty and opportunity to encourage it.

Prindex asked respondents how secure they felt in the homes and on their land and provides the first internationally comparable data we have had on perceptions of tenure security. Nearly 20 years since the UN-Habitat first launched its Global Campaign for Secure Tenure, and just as countries and cities around the world are being encouraged by the UN’s Sustainable Development Goals to focus once more on tenure security as a path to alleviate poverty, this is a timely initiative.

Urban civil society initiatives around the world such as those represented by the Know Your City campaign spearheaded by Slum Dwellers International and United Cities and Local Governments of Africa, generating data for more informed and inclusive city planning. These studies can capture the specifics of a local situation with great agility and will tell a compelling story. International studies like Prindex help place national and municipal efforts in a broader context. Combining the two lenses could give civil society and policymakers the best of both worlds.

For too long we haven’t been able to track progress on tenure insecurity, measure differences from one conurbation to another, or understand how tenure security is perceived by different people. Prindex aspires to cover almost the entire world by the end of next year: as data from more countries and cities becomes available we will be able to make a more convincing case that tenure security is critical for successful and safe urban development, and we will also have the knowledge to help improve it.

This piece was originally published on Landportal