Move nature from the periphery to the heart of COP26 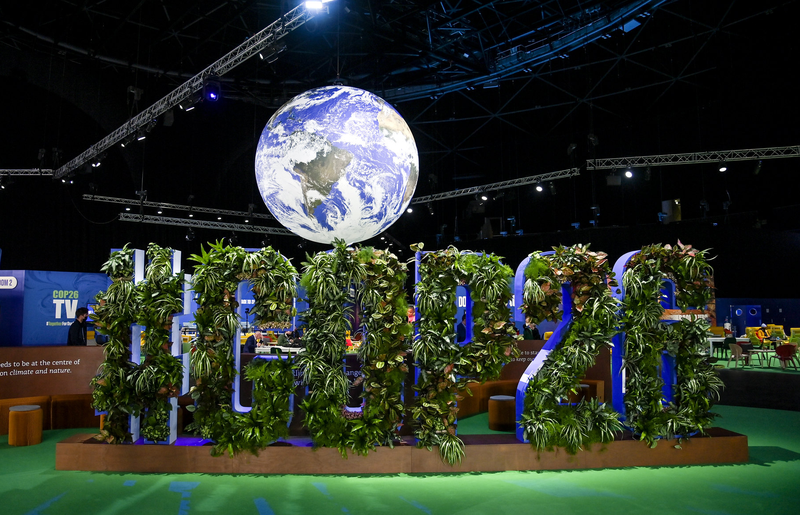 Prindex Co-Director and ODI Principal Research Fellow Anna Locke blogs from COP26 in Glasgow on the importance of nature in the climate debate, sharing three ways to align these agendas. This blog was first published on ODI.

On the face of things, this is the first time that nature and biodiversity have achieved real prominence at a climate COP.

Following a strong focus on forests and land use during the World Leaders’ Summit, COP26 included a dedicated Nature Day on the weekend. In between these two moments, a series of declarations and commitments were released:

There has been a palpable sense of relief from civil society and UN agencies that nature is no longer at the margins of the debate on climate change. Given the obvious synergies in terms of sequestering carbon and enhancing the resilience of people and ecosystems, it has taken far too long to make these linkages. Humanity was already on the verge of crossing critical planetary boundaries as the Paris Agreement was signed, yet greenhouse gas emissions and biodiversity loss have only continued.

But is COP26 actually bringing together nature and climate within negotiations among Parties to the UN Framework Convention on Climate Change and will this be reflected in the official text?

The daily bulletins from the International Institute for Sustainable Development and Third World Network suggest that nature continues to be relegated to side events and the preamble of any new climate accords, rather than integrated into deliberations. This is unsurprising, although disappointing given the tremendous potential of nature-based solutions to deliver for people and the planet.

Yet the first week in Glasgow gave me cautious optimism and some ideas about how we can integrate the climate and nature agendas within international negotiations and ensure that the numerous pledges made actually bear fruit.

The UN system needs to align the three environmental conventions on climate change, biodiversity and desertification much more closely. The conventions need to forge a pathway towards net-zero emissions that is grounded in protecting and restoring ecosystems.

There are steps in the right direction. Both the Kunming Declaration at the biodiversity COP and the statements made at COP26 have common threads on nature and land use, including reforming public finance to agriculture for more positive environmental outcomes and emphasising the centrality of land rights, particularly of Indigenous Peoples and Local Communities.

But more can be done – conventions can crib from each other where there is better treatment of particular themes, approaches can be made more consistent – leading to a race to the top. And the UN architecture needs to work together to find solutions: scientists from the IPCC and the Intergovernmental Science-Policy Platform on Biodiversity and Ecosystem Services (IPBES) should work together on the links between climate and biodiversity. An institution like UNEP could play a role in coordinating and convening the multiple UN organisations that influence environmental governance, activities and scientific evidence across climate and nature.

Article 6 of the Paris Agreement is intended to provide much of the ‘rulebook’ for climate action, particularly carbon accounting and trading. Having failed to land on sufficiently detailed and robust text at COP21 in Paris, negotiations over Article 6 have dragged out over four subsequent COPs and there is much pressure on Glasgow to deliver.

Robust carbon markets could generate substantial new resources to finance the conservation and restoration of carbon-rich ecosystems like forests and wetlands. Biodiverse countries like Brazil, Indonesia and the Democratic Republic of the Congo have long held out hope that carbon finance could lead to alternative income streams to logging and agriculture, thereby slowing and ultimately reversing the greenhouse gas emissions and biodiversity loss associated with deforestation. But to date, carbon credits from such schemes have often lacked environmental integrity.

COP26 President Alok Sharma has just appointed two environmental ministers to steer Article 6 towards agreement —Singapore’s Grace Fu and Norway’s Espen Barth Eide. They will need to ensure that deliberations acknowledge the role of nature in sequestering and storing carbon dioxide, and that the new frameworks for carbon markets empower their conservation at scale. Above all, mechanisms need to be put in place to ensure that funds from the carbon markets go to the right people and places in good time.

The biggest thing that can give these conventions ambition and teeth is what former President Obama calls “power and participation” of people outside the negotiating chambers of COP26. And this is growing.

I was at the Fridays for Future event in Glasgow last week, which brimmed with energy and passion – and a growing sense of anger from the participants that their future is being sacrificed to longstanding over-consumption of the planet’s natural resources. There were primary school children in the crowd, and climate activists from all over the world on stage sharing their stories, honouring those who had lost their lives defending nature and voicing solutions.

Supported by good evidence and monitoring, safety for climate activists and a rising tide of urgency, these voices will continue to grow louder. By putting constant pressure on governments, corporates and financial institutions, citizens can ensure that humanity collectively steps up to the plate on nature – and keep them there. That means moving nature into the heart of the climate negotiations and away from the periphery of COP26.

Join this free event to find out how public perceptions data can be mapped against government performance to drive policy change in India.