Why land is important in understanding violent conflict 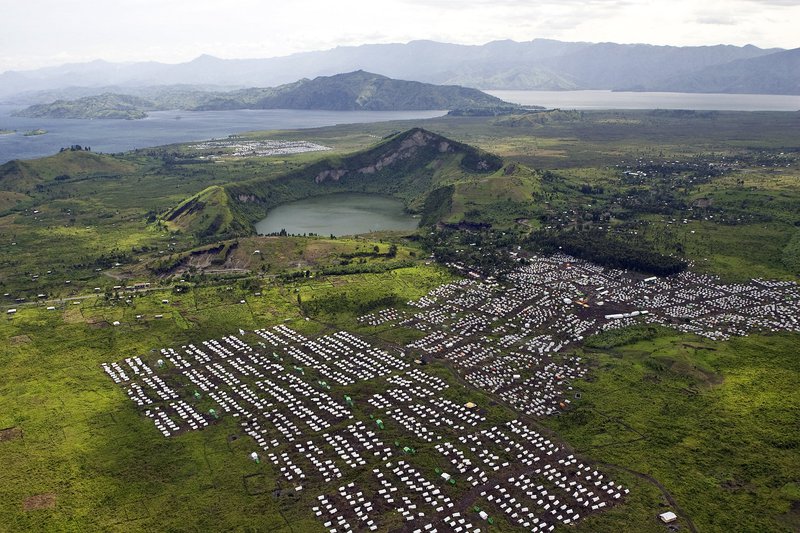 Prindex's Anna Locke and Ian Langdown and ODI Senior Research Fellow Pilar Domingo discuss how Prindex data on tenure security could be used to predict the outbreak of conflict. This blog was originally published by ODI.

Between 2000 and 2015 land was an element in over half of violent conflicts, and land is likely to become an even more important factor in conflict. Climate change, population growth and the youth bulge are all likely to intensify competition over land, and potentially exacerbate land-related conflict.

Building a deeper understanding of the roles which land play in conflict is important in supporting work to mitigate, manage and prevent violent conflict. By 2030, more than half of the world’s poor and up to two-thirds of the world’s extreme poor will live in conditions of fragility, conflict and violence. The costs of violence and its containment are enormous, reaching an all-time high of US$14.8 trillion in 2017 — equivalent to 13% of world GDP.

We already have some understanding of how land can play a part in conflict:

● Longstanding structural inequalities in access to land can be a starting point in contextualising grievances or establishing patterns of tenure insecurity.

● Weak or captured institutions and governance can compound grievances, if they do not enforce legitimate rights or arbitrate disputes effectively.

● Proximate factors can further exacerbate instability, for example intensifying competition for land, perceptions of electoral fraud or increasing perceptions of capture of judicial or regulatory bodies.

● Voice and agency can articulate grievances around land, at times employed as a rallying cry by conflict entrepreneurs to mobilise action through violence.

● Conflict triggers or sudden changes, especially against backdrops of increasing existing tensions, can spark tinders of conflict (for example, large-scale land concessions or the replacement of customary authorities).

A missed opportunity to link to land?

Yet, few conflict analysis and forecasting tools recognise the roles which land and property issues can play in instigating, sustaining and re-igniting conflict. Even fewer acknowledge or integrate the concept of tenure security, or the ability to control and manage one’s land or property, use it, dispose of its produce and engage in transactions with it.

Still less considered is perceived tenure security (PTS), or how people assess or view their level of tenure security and the risk that they will lose their right to use land or property in the future.

It is increasingly apparent that perceptions matter in violent conflict — they determine how people behave and make decisions, and sometimes more than actual reality — as is the case for land and property. For example, it is often assumed that a legal title confers tenure security, which is frequently used as a proxy for tenure security in conflict analysis. Yet, a legal title can be meaningless if a government can revoke it at a moment’s notice or if an overwhelmed court system doesn’t allow it to be defended. Conversely, some customary or informal property rights systems can provide enormous security, particularly if they are trusted to be fair.

Measuring PTS can capture people’s sense of security, whatever the tenure system; and tracking PTS regularly can monitor changes in security and signal rising tensions related to land. PTS can also help to identify what might be undermining people’s confidence in their ability to hold onto their land.

What more can be done?

Including measures of PTS — and factors influencing it — in conflict analysis and forecasting tools could strengthen understandings of land-related conflict drivers, and provide additional information about broader conflict contexts. Even where land is not a direct factor contributing to conflict risk, measures of PTS can capture issues such as confidence in legal and governance systems, provide opportunities to address those issues and potentially prevent conflict from igniting or escalating.

Until last year, we didn’t have comparable data on PTS — but now, we have the data and methodology through the publication of a comprehensive database, Prindex, in 2020. This measures how people perceive the security of their tenure rights across 140 countries, including 40 of the 57 countries classified as extremely fragile or fragile.

Initial analysis of the relationship between PTS and violent conflict using that dataset showed that PTS could strengthen conflict analysis and play a role in predicting future violence.

But, we know that PTS is not relevant in all contexts, and that resources are limited in gathering data. So, we have developed guidance for conflict practitioners to help identify when tracking and assessing PTS might be useful, and how to include measures of PTS and its drivers in existing tools in flexible and participatory ways which require minimal additional resources in gathering data.

This guidance now needs to be piloted in different contexts — at a local level, where land- and property-related disputes often arise and escalate — to test and develop the methodology and the power of PTS. To explore whether PTS could inform conflict forecasting at a global level, we need to collect further data, investing in time-series data.

If we want to prevent conflict, protect economies, strengthen security and save lives, we need to take more seriously how issues of land and tenure security can drive conflict — PTS data can play an important role in this. However, doing this effectively means breaking down silos between different communities working on land, conflict, justice and women’s empowerment, and working together to harness collective knowledge and experience.