Why all land rights are workers’ rights 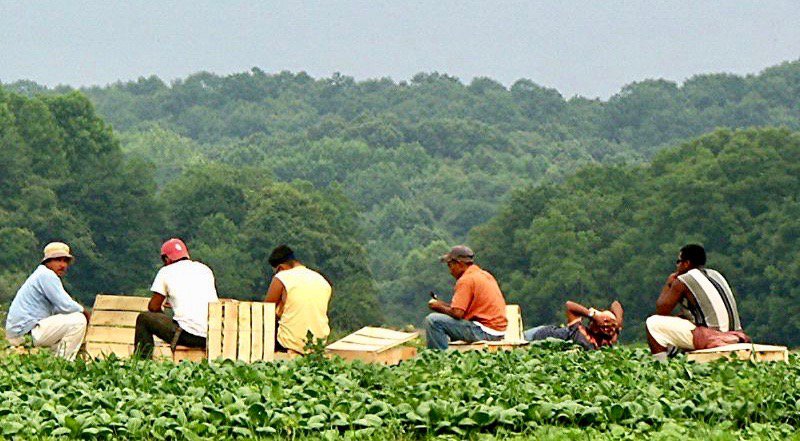 Prindex Co-Director Malcolm Childress sets out how land inequality and insecurity work in tandem to keep workers trapped in poverty for generations. This article was original published on Reuters Trust for International Workers' Day.

As we celebrate Workers’ Day tomorrow, hundreds of millions of the world’s poorest workers remain trapped in precarious poverty by land inequality and insecurity. Stronger rights and fairer access to land would give the most vulnerable – especially women – the solid ground they need to work their way out of poverty.

Land insecurity and inequality are endemic and work in combination to keep families trapped in poverty for generations.

1 in 5 adults — around 1 billion people — feel insecure about their right to stay on their land, according to a new global survey by the land rights initiative Prindex. The International Land Coalition further finds that land inequality directly threatens the livelihoods of world’s poorest 1.4 billion.

Three quarters of work in developing countries is self-employed – mostly farm work in rural areas or small businesses in towns and cities. The only chance these workers have to escape poverty is by making their labor more profitable, or by finding a better paid wage job, usually through education.

The relationship of land rights to work is not obvious, but it runs deep. If you fear being moved on from your land or property, it’s risky to invest the little money you have in expanding your farm or business. Yet if you can’t plan for the future, it’s almost impossible to raise your returns.

A small farmer won’t build a new granary or work to improve soil quality if she’ll be evicted before she can recoup the costs. And, if she doesn’t earn enough from her small plot of land and has no hope of expanding, she may never earn the extra income she needs to send her children to school.

The good news is, if this situation reverses, if she becomes confident in her rights and has a fair shot at accessing land, she’ll almost always prioritise investing in a better future for her family.

The reality is, land ownership is concentrated in the hands of wealthy elites in rural areas, and unclear rights can make it hard to hold on to existing land, let alone expand. Rural land inequality can rule out any chance of owning or even renting for some poor households. Such landless workers often move around doing temporary agricultural labor, ending up as quasi-migrants with little chance of obtaining lands rights.

In urban areas, many renters and people living in informal settlements have highly insecure housing rights and may be moved on multiple times, affecting their work or education. Prindex finds that almost half of renters globally expect to lose their right to stay in their home in the next five years, largely for economic reasons.

This year, we mark International Workers’ Day against a backdrop of a looming Covid eviction crisis and urgent calls to build back better. We can only do this by ensuring the most vulnerable have safe housing and a secure livelihood – otherwise we risk pushing people on the street and worsening this public health crisis.

Strengthening land rights, controlling the distribution of ownership and ensuring women have fair access to land are three often overlooked and cost-effective ways to give poor, self-employed workers a fair opportunity to enjoy the full fruits of their labor and realise their dreams. Ultimately, if we all have a chance to move up in the world, we all benefit from a safer, healthier and more prosperous society.