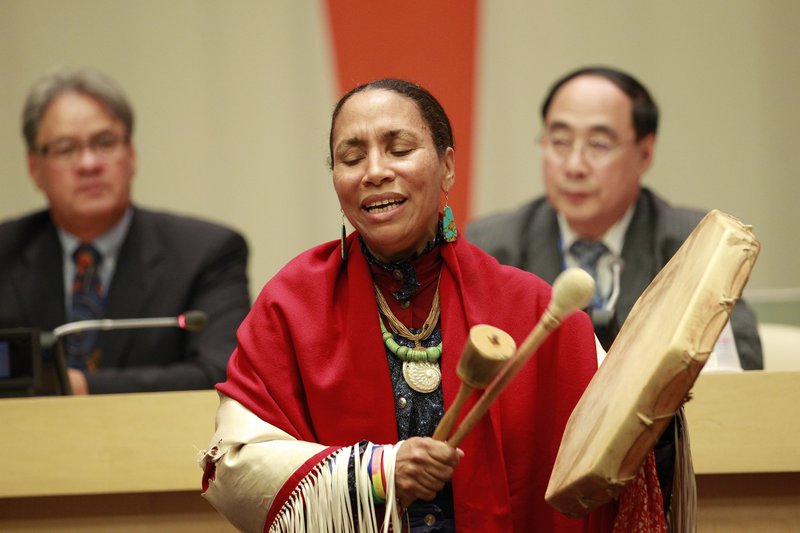 The Prindex team offer their thoughts on what the main takeaways were from the 2022 Global Land Forum in Jordan. This blog is co-authored by Prindex Co-Directors Anna Locke and Malcolm Childress, researcher Adriana Gaviria, and Programme Development Manager Ana Lucia Nuñez Lopez, and first published on LandPortal.com.

The main focus of the Forum was on the climate crisis and the role of strong land rights in adapting to and mitigating climate change. However, it also focused on those issues traditionally championed by those working on land rights: gender equality and social inclusion, peace-building, food security, tenure security, land governance and the continued plight of those defending land rights and the environment.

More than 800 people from 81 countries attended, including three of the Prindex team.

Here are seven things we took away from the GLF:

1. The International Land Coalition has a key responsibility as an advocacy body in bringing global political weight to land rights issues

Firstly, the event reminded us that ILC is a unique platform. Originally formed in 1995 (as the Popular Coalition to Eradicate Hunger and Poverty, and renamed to reflect its focus on land access issues in 2003) the ILC is now putting front and centre the voices of the more than 300 member organisations that drive the Coalition, many of whom are working on land rights at a grassroots level.

2. Young voices are bringing the energy needed in the fight to secure land rights and counteract climate change

The enthusiasm and solidarity present at the GLFY across geographical, cultural and language differences was solidified in the GLFY Declaration, which included a demand for active and meaningful youth participation and inclusive decision making, as well as access to information, training and education.

As part of the GLFY, Prindex partnered with the ILC LANDex initiative and the Global Land Tool Network (GLTN), providing training on how to collect and analyse data on tenure security and land governance.

The session brought together young activists to equip them to be providers of evidence, rather than relying on others.

3. IPLCs are now a central part of the discussion, but data on IPLC perceptions of tenure security is still lacking

IPLC representatives were present across the GLF programme in different panels and breakout sessions, and traditional rituals organised by IPLCs from different regions were held at the start of each day.

The Forum emphasised that IPLCs are strategic partners for climate change and not just programme beneficiaries. It also stressed that tenure rights are critical enablers, and a key entry point for the effective participation of indigenous peoples and local communities in climate decision-making.

But data in mapping IPLC land is an important part of this to help track progress in territorial outcomes, such as food security and inequality. Measuring perceptions of tenure security is also key.

Peter Veit, from the World Resources Institute reiterated this at a discussion at the Forum: “It is important to know how much perceived tenure security IPLCs actually have. Laws might be great but IPLC perceptions are fundamental, because perceptions shape behavior and lead to advancements in sustainable behavior.”

4. The battle for gender-equal land rights is far from over

In the MENA region, levels of inequality in land ownership by women are one of the highest in the world. Prindex data shows that the region has the highest rates of tenure insecurity – 28% of the population – and the greatest difference between how secure men and women feel about the land and property they own.

Dr Fatma Khafogy of the Arab States Civil Society Organizations and Feminists Network, Egypt, commented at the Forum: “Only 5% of women own agricultural land in the MENA region, despite constituting the majority of the agricultural labour force.” Laws do not allow fair inheritance by women and social norms compound that.

Yet an animated panel discussion revealed that women themselves can often oppose change of social norms. Those working on women’s empowerment have been focused on raising men’s awareness of entrenched norms, supporting champions in communities to help to change those norms. Now they are putting in place interventions for women as well as men about social norms, the need to change them and how to change them.

5. The fight against climate change must ramp up significantly

The Dead Sea Declaration that emerged from the GLF stated that “land rights are a critical pathway to counter the climate crisis.” The most concrete immediate focus is how to roll out the US$1.7bn Glasgow pledge to accelerate the recognition of IPLC rights in tropical forests over the next five years.

Progress is frighteningly slow on this given the urgency of cutting emissions by 45% by 2030 to keep within 1.5C warming. The pledge’s 22 donors - five governments and 17 private foundations - have yet to announce how much each is contributing, and how exactly those funds will be spent and where.

We have seen how bureaucratic inertia has held back action in other areas, such as phasing out fossil fuels. The appetite by IPLCs to forge ahead, identify needs and receive funds was clear at the GLF. We now need urgent action to identify hotspots of tenure insecurity and forest loss as priority targets for strengthening tenure security.

The GLF aimed to put the role of data and analysis back at the top of the agenda - core to monitoring progress against the Voluntary Guidelines on the Responsible Governance of Tenure of Land, Fisheries and Forests (VGGT) and Sustainable Development Goals (SDGs), holding governments to account.

There are some notable successes: Prindex’s own database on perceived tenure security in 140 countries was cited by participants across the globe; UN-HABITAT stated that 32 countries have reported against SDG indicator 1.4.2 using national survey data; and ILC’s LANDEX continues to gather data on a range of land governance indicators from members.

Yet throughout the conference, multiple speakers reiterated the lack of data reported against indicators by countries, with only five countries reporting officially against all three SDG land-related indicators. Complementary data initiatives - whether bottom-up and people-centred or top-down and government-centred - need to work together towards the common goal of improving data for communities.

Laurel Oettle, Director of the Association for Rural Advancement (AFRA), South Africa said at the Forum: “Over the past years, data initiatives have mushroomed to measure different aspects of land governance, including perceptions of tenure security. This can potentially make land governance more transparent. But we need to have these data sources more formally recognised so they can be used more effectively for land governance.”

The proposed global land governance report and establishment of a global land observatory will be key to providing an overarching view of progress against the VGGT and SDGs.

Lands rights defenders took to the stage to remind us of those who put their lives at risk every day to protect the rights of people living on land under threat from encroachment.

Even when activists don’t lose their lives, they can be criminalised, or labelled “terrorists” for standing their ground. More must be done by the global community to support and protect environmental and land rights defenders.

The GLF was a welcome reminder of how coming together to share ideas and forge new partnerships can inject momentum into national and global processes to advance land rights. It highlighted the potential power this global coalition of grassroots organisations has to harness collective energy and data to raise the voices of those who often lack a platform.

It also showed us where we still have work to do, particularly on women’s land rights, as well as the urgent action needed to prioritise funds to support IPLC in safeguarding our forests and countering the climate crisis.

Having a global advocacy body like the International Land Coalition is crucial to allow those using and caring for land to claim a central space in discussions and decisions on land rights, and carry weight with governments and international organisations to drive change.

As the ILC grows, bringing land rights into broader development issues and harnessing the power of its members, we look forward to seeing its global advocacy go from strength to strength.

Indigenous peoples and local communities can save our forests: but governments must put them on the map

Protecting the rights of indigenous peoples and local communities can save our forests. This blog for International Day of Forests sets out how to combine knowledge and data to achieve progress at scale.