Press release: Hundreds of millions expect to lose their homes 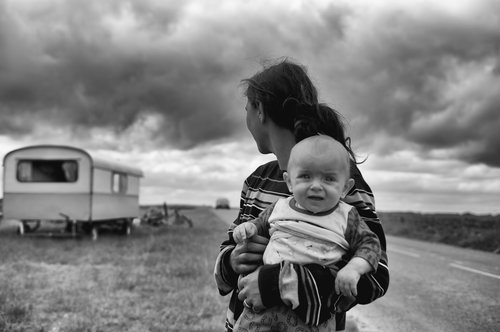 Hundreds of millions expect to lose their homes against their will, largest ever study reveals

Hundreds of millions of people in developing countries expect to lose their homes against their will in the next five years, a ground-breaking study has shown.

Prindex, a joint initiative of the Global Land Alliance and Overseas Development Institute (ODI), asked adults across 33 countries whether they expected to lose the right to use their homes during the next five years. One in four adults said that it was likely or very likely that they would lose their homes, equivalent to 178 million adults and up to 117 million children living with them in those countries.

Malcolm Childress, Co-Director of Prindex said: “These findings are alarming. People who are insecure in their homes often struggle to plan for their future, invest money or get an education. Too many children are growing up under these circumstances. So ensuring people feel secure in their homes is critical to growing healthy, fair economies. Governments around the world must take note of these findings when making decisions on land and property regulations.”

Those who feared for their future property rights cited factors including lack of funds to pay rent, the possibility that owners or primary renters would ask them to leave, family disagreements, or land seizures by governments, businesses, or others. Women were more likely than men to expect to lose their home in the event of a divorce or death of their spouse.

Findings from the study include:

● 1 in 4 respondents felt insecure in their homes or other property. That indicates that 178 million adults in 33 countries think it is ‘likely’ or ‘very likely’ that they will lose their home against their will in the next five years.

● Across the 33 countries, nearly 117 million children (21%) live in households with an adult who feels insecure about their tenure.

● Women have much less confidence than men that they will retain access to their homes if they divorce or their spouse dies. Women were, on average, over 12 percentage points more likely than men to express worry in the event of divorce or spousal death.

● There are currently nearly 32 million adults living in urban areas in countries in sub-Saharan Africa surveyed by Prindex who are insecure in their rights to their home and land. That means there could be more than 60 million adults living in urban areas in sub-Saharan Africa who are tenure insecure. Based on urban population growth projections, this means there could be over 210 million by 2050, assuming rates of tenure insecurity remain the same.

● West and Central Africa are the regions where people have the highest rates of concern for the right to retain access to their homes, while Latin America has the lowest regional average rate.

Anna Locke, Head of the Agricultural Development and Policy Programme at ODI and Co-Director of Prindex, said: “The Prindex survey shows for the first time that every morning, hundreds of millions of people around the world wake up fearing they might lose their home. This should make us reconsider how we think about development. The finding that women feel less secure than men in the event of divorce or the death of their partner is particularly striking – it shows there is a long way to go in meeting the aspiration of equal economic rights for women worldwide.”

Peter Rabley, Venture Partner at Omidyar Network, a funder of Prindex, said: “Far too many policymakers around the world lack the accessible, quality data needed to make better decisions and improve the lives of residents in their countries and cities, particularly when it comes to mapping, administering and protecting people’s property rights. What sets Prindex apart from other datasets is that it truly takes people into account, asking them what they think about their security of tenure and why, as opposed to a survey of existing government records. We support Prindex and the growing number of countries using this ground-breaking dataset to move the needle on property rights, an issue that affects nearly every aspect of a community’s social and economic well-being."

Prindex is funded by the UK Department for International Development and Omidyar Network.

To receive an embargoed copy of the data in advance, a report summarising the findings, country-specific reports for each country surveyed, and / or to arrange interviews, contact:

● Prindex will hold an open prelaunch presentation and reception at 6:30 PM on 25 March at The Gallup Building, 9th Street NW, Washington DC 20004. Email a.nunezlopez@odi.org.uk to reserve a place.

● From 00:01ET on 26 March the new Prindex website will go live, with interactive maps and graphs where you can explore the data, and from where it will also be possible to download the full dataset. Visit: www.prindex.devdemo.org.

● Prindex collects data on how citizens worldwide view the security of their right to retain use of their homes and other property, in order to encourage and empower governments, business, and civil society working to build a world where tenure rights are securely protected. For more information: www.prindex.devdemo.org.

The Department for International Development (DFID) leads the UK’s work to end extreme poverty. DFID tackles the global challenges of our time including poverty and disease, mass migration, insecurity and conflict. DFID’s work is building a safer, healthier, more prosperous world for people in developing countries and in the UK too. To learn more, visit
www.gov.uk/dfid and follow on Twitter @DFID_UK

Omidyar Network is a philanthropic investment firm that invests in and helps scale innovative organizations to catalyze economic and social change. Established in 2004 by eBay founder Pierre Omidyar and his wife Pam, the organization has committed more than $1.4 billion to for-profit companies and nonprofit organizations across multiple initiatives, including: Digital Identity, Education, Emerging Tech, Financial Inclusion, Governance & Citizen Engagement, and Property Rights. To learn more, visit www.omidyar.com, and follow on Twitter @omidyarnetwork #PositiveReturns.