Memo to COP26: To save our forests, recognize local and indigenous land rights now 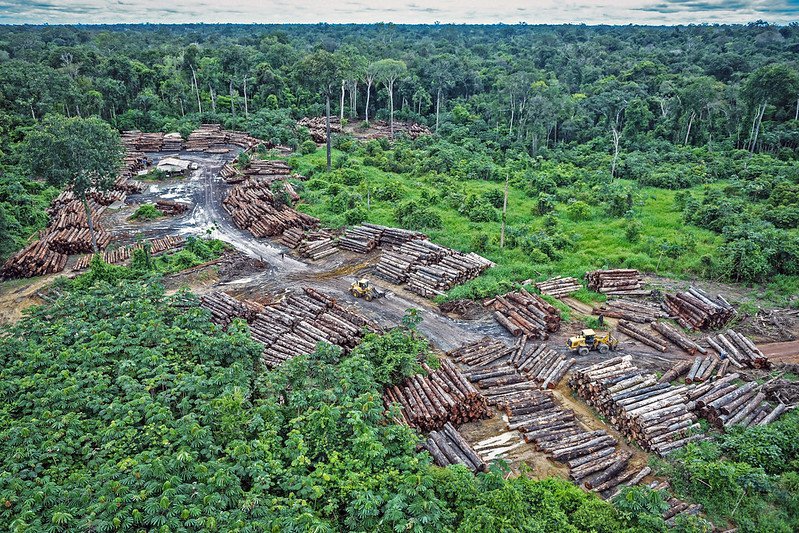 As new funding is announced to support Indigenous communities and protect tropical forests at Cop26, Prindex Co-Directors Malcolm Childress and Anna Locke argue that the people already doing the work need to get the money for forest finance to work. This opinion piece was originally published on Reuters Trust.

Our tropical forests are being systematically scrubbed from the Earth. Not even a pandemic could slow their destruction – an area greater than the UK was lost last year alone. UN-led efforts to protect them aren’t working, we urgently need a new approach before it’s too late.

Best qualified for the job of safeguarding our forests are the indigenous and local communities who have done it for generations – but as with all good jobs, this must come with rights, protections and money.

The lands debated at these climate meetings are not unoccupied. Indigenous people currently protect our most precious land containing 80% of the world’s biodiversity and up to 1.9 billion people live in the world’s most important conservation areas. Not only are their contributions to conservation often denied, many are ironically evicted in the name of environmental protection.

Last year, the global land rights initiative Prindex found 1 billion people live in fear of eviction worldwide. Anyone in such doubt about their future could be forgiven for thinking short-term. It might even seem logical to sell your trees for timber while you still can. This is why not only land rights – but the faith they will be upheld – are so important.

What’s different about this year’s COP is that land and indigenous rights have been given new prominence. Prime ministers and presidents discussed them at the World Leaders’ Summit yesterday and Nature Day on 6 November will dedicate time to land rights.

To ensure this is more than just warm words, experience tells us to follow the money. The carbon markets to be debated may lend forests greater value, but who gets paid? To prevent a stitch up between governments and big corporates, we need to stipulate exactly who gets what and design robust ways to check.

This COP also happens to be the most significant since the Paris Agreement was signed six years ago – it’s really all about making sure what’s already been agreed actually works. Sadly, the Agreement’s main forest saving tool REDD+ is falling short of expectation. Forest loss eats into around 20% of the world’s carbon budget each year. For the world’s third and fourth largest emitters Indonesia and Brazil, deforestation is responsible for 80% and 70% of emissions respectively.

REDD+ works by compensating governments for how much forest they don’t destroy. Billions have been committed by rich countries to fund around 600 mostly small projects and 12 larger national agreements. A decade after the first REDD+ programme started, Norway’s big deals with Brazil and Indonesia are falling apart and many of the small projects haven’t been shown to work.

A key reason why some projects are ineffective is that they neglect to include and pay the people who own, live and work on the land – the indigenous and local communities who take care of the forests like their lives depended on it, because they do. These communities just happen to be leading experts in forest management. And as occupants, they also have rights – which are too often not mapped or legally recognized.

These rights should not only be recognized, they need to be embedded in REDD+ agreements to connect the money being paid to the people doing the work. Right now, money set aside to support indigenous and local community land rights represents less than 1% of total global commitments on climate mitigation.

The good news is that big donors and activists are converging on the need to recognize indigenous and local community land rights as the most obvious and cost-effective way to make REDD+ achieve its potential. As UK Environment Minister Lord Goldsmith recently put it, “it is a gigantic, missed opportunity that such a minuscule amount of funding goes toward protecting land rights.”

On another positive note, the Forest Carbon Partnership Facility (which contributes money to REDD+) now features indigenous rights in national agreements and pushes for their recognition in recipient countries. The Rights and Resources Initiative has also launched an ambitious call to raise $10 billion to increase forest areas owned by indigenous, afro-descendant and local communities from 30% to 50% in low- and middle-income countries by 2030.

This may sound like crazy money to some, but the payoff would be huge: half the world’s forests under sustained protection and billions of tons in emissions savings each year.

Forests are only one of the big issues on the table at COP26, but it is one around which a consensus has emerged on the best way forward. Leaders could bank a big climate win with a simple decision to go all-in on giving real rights, protections and payments to the people who already know how to conserve and nurture forests.

This move would not only reduce emissions, safeguard biodiversity, and promote sustainable development – it’s the only choice for any process that truly wants to uphold climate justice.