Land rights in Africa are about people, not paperwork 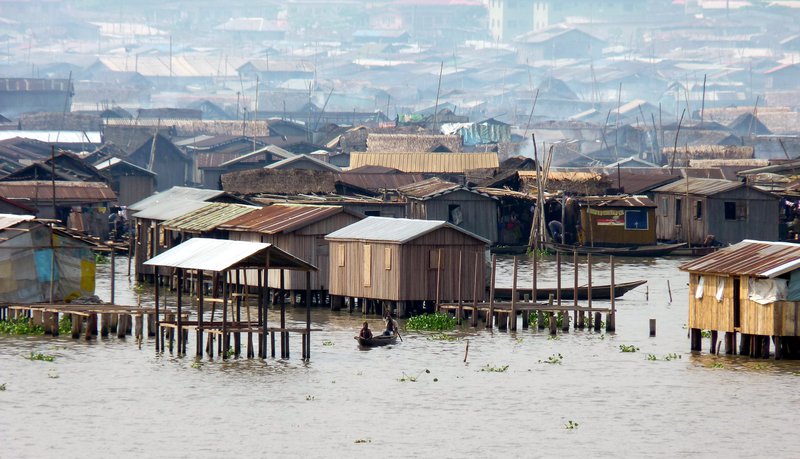 Being evicted is one of the most unsettling things that can happen to you – living in fear of eviction is bad for your health and wellbeing and puts your life on hold, stopping you from investing in your future.

One in four people in Africa lives with this fear day-to-day. This represents one of the highest rates of tenure insecurity in the world, according to Prindex global dataset.

We asked people in 140 countries how likely it was that they might lose their home against their will in the next five years. Across the 34 countries surveyed in sub-Saharan Africa, a staggering 121 million people said they felt insecure. Here is what else we found.

How secure you feel affects your behaviour more than if you hold a legal document that proves your rights. For example, if you are a small farmer in Tanzania with deeds to your land, but you are afraid it might be seized before the coming harvest, you are probably not going to invest in expensive seeds, trees or improvements like new buildings and fencing. Even though that could make your land more productive for years to come.

The same goes for people in urban settings. If you are afraid you will be evicted because you are struggling to pay the rent, you have little incentive to keep your apartment well-maintained or take care of the surrounding environment. Perceptions surveys also capture the experience of slum dwellers and others in temporary living situations in cities. Such groups are often overlooked in studies as they do not have registered addresses, making the Prindex method especially inclusive.

One interesting thing that we learned from the Prindex global dataset is that, compared to other regions of the world, people in sub-Saharan Africa place far less weight on legal documentation when considering how secure they feel in their rights. Many people without any documents feel very secure because the customary systems in place are known and trusted by community members.

Although documentation does slightly increase perceived security across most of the continent, people in Burkina Faso with no legal proof of their rights actually feel more secure than people who hold a document with their name on it. Many people across Africa, especially those living in large cities, do not feel secure even with documentation. This suggests a lack of trust in the legal system that should protect their rights, as well as the general vulnerabilities of many people living in urban areas in Africa.

Urban dwellers tend to feel more insecure, but not everywhere

In terms of security rates among urban dwellers, Prindex data show a fair amount of diversity between countries. While people in towns and cities feel more insecure on average (particularly in Eswatini, Kenya, Niger, Zimbabwe, Ethiopia and Gabon), there are some countries where rural residents feel more insecure than urban residents (Burkina Faso, Comoros, and Sierra Leone).

A key reason why people in urban areas tend to feel more insecure is that they are more likely to rent their homes than people in rural areas. One clear finding from the Prindex global dataset is that renters are almost always more insecure than owners. In Burkina Faso and other places where rates of insecurity are higher among rural communities, this may result from the very real threat of elite capture of land to use as political patronage.

Burkina Faso is a very interesting case in our database because it is the only country we surveyed where the number one reason for feeling insecure is that the “government may seize this property”. 60 per cent of people who feel insecure cited this as the primary reason. The next most common responses were “disagreements with family members” followed by “issues with customary authorities”. These are not common reasons cited for most countries, even other francophone countries in West Africa.

It would be very interesting to conduct some deep-dive studies to figure out why we see urban insecurity in some places and rural insecurity in others. Prindex is currently doing an in-depth study on Lagos, Nigeria, to dig into the causes and characteristics of urban insecurity. We also have a deep-dive study underway in Burkina Faso to explore some of the unique findings that the global survey uncovered.

When we asked married men and women if they would be likely to lose their home in the case of divorce or widowhood, women were many times more likely than men to feel insecure. This gender gap is greater than in most other regions of the world, revealing that women in sub-Saharan Africa are especially vulnerable in these situations. Even women who have legally mandated rights to property after divorce or the death of a husband may be prevented from exercising their rights due to social norms and family pressure.

Prindex data show that across the continent every country is different and is struggling with land tenure insecurity in different ways. The first step to improving people’s security is to better understand the drivers of insecurity in each place and among each group, especially the most vulnerable.

Our deep-dive studies tailor the Prindex survey to specific contexts, looking closely at the differences in insecurity levels between different parts of the country, ethnic or religious groups, men and women, income levels, and many other relevant characteristics. This is important because we know that experiences of land tenure insecurity can be very different even within the same city or between different groups of people.

Solutions will therefore be different as well. In Burkina Faso, blanket titling campaigns are likely not the silver bullet solution, since we know that people with documentation do not feel more secure than those without. Beyond the two deep-dives currently underway in Africa, we hope to partner with academics and researchers working on these issues in other countries. If you are interested in partnering with Prindex on an in-depth study, get in touch!