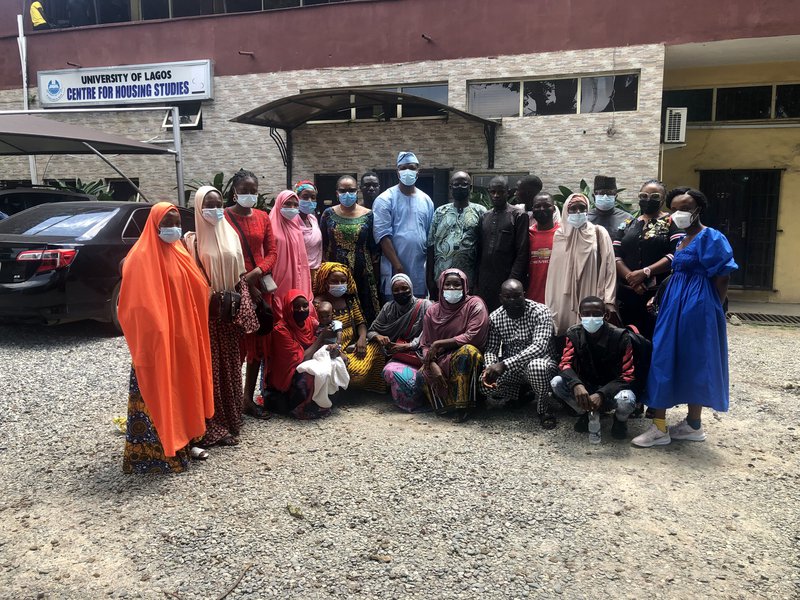 Prindex research partner Rebecca Enobong Roberts makes a strong case for why urban land rights researchers need to proactively consult the groups they study, not just observe them. This blog was originally published on Urbanet.

Nigerian politicians like to talk about creating ‘megacities,’ but it’s hard for people living in the country’s slums to see their place in this vision of the future. Voiceless in the policy debate, their homes get bulldozed in the name of urban regeneration. Making them owners instead of subjects of research on urban land rights could give them the direct line to policymakers they so desperately need.

The persistence of slums around the world shows that policy is failing. It is failing in part because people living under the constant threat of eviction are generally among the most politically disenfranchised. One important way the realities of the poor get through to policymakers is research. Yet even in this area, they are mere passive subjects who are monitored, not consulted.

Giving this neglected population a say on what’s studied, how it’s studied, and what’s important puts them back where they belong – at the centre of political discourse on issues like land rights and poverty. Here are four ways to shift disadvantaged groups from subjects to equal partners in framing academic research on urban land rights.

Before you begin, listen to the core population

When designing a study on secure housing in a city, you come up with whys, whats, and hows of your research based on your understanding of the core stakeholder groups. So, you might expect that the most important group – the urban poor – play a central role at this stage. Of course, they never do; the research is framed by middle-class academics like me – people who have never (and likely will never) experience a forced eviction.

A few years ago, I wanted to check if the research questions for a study I was doing on homelessness made sense to people living that experience. I’ll never forget what one man said: “Have you been homeless, lived under bridges for years, been chased from one public space to another? You are an outsider; how can you do my life justice?” To this day, this shapes my thinking when writing a research question – would the core population care? Would they even understand? To find out, the research team needs to detail exactly when and how community members will be meaningfully consulted during the design phase in the project plan. We need to reframe our thinking; listen to what they think is important, and work for them, instead of making them work for us.

Partner with the communities you are researching

During project implementation, individuals affected by the issues you are studying can play a crucial role in making sure your approach fits the context. I’m currently working on a Prindex study of land rights perceptions across five informal settlements in Lagos. It takes a progressive approach by seeking to work collaboratively with community leaders during data collection. Straight away their involvement revealed some shortcomings in our questionnaires. They could immediately see that the question “if your husband dies, can you inherit his land?” would be met with resistance. “It’s not right,” they said, “it sounds like you are wishing them evil.”

This had never crossed my mind. It would have skewed the data – people would have danced around the question too polite to admit they were offended. We may never have found out. While there are no rules on what this process should entail, it should intentionally target underrepresented stakeholders to contextualise the project based on existing realities. Doing so makes the data more reliable, and the findings and messages more authentic in representing the communities we want to help.

Your views may be challenged – see this as an opportunity

Negotiating research work with communities can lead to difficult trade-offs and power struggles. When people bump heads, the research team should try and rethink these challenges as an opportunity to learn about their different perspectives. This can enrich scientific understanding but can involve a degree of letting go of academic biases that tell us we know better. It is crucial to note that doing so is resource intensive (time and money), but the outcome is well worth it. This leads me to my final point.

When working side by side with the core population, many things will change or may not go according to plan, and more importantly, it may take more time and money than initially anticipated. This is because the target population does not have the technical skills to suddenly collaborate on a research project. For the Prindex study in Lagos, we trained 28 community members selected from the Nigerian Slums and Informal Settlement Federation for four weeks before they could participate as data collectors.

To bypass the familiarity bias that this could present, they could not come from the communities we were studying. The whole process was hard work and time-consuming, but it also offered me rich insights that my academic colleagues and peer review rounds could not provide. An added benefit was that these data collectors from very poor communities received an international income and a fair slice of the research funding pie – at least for a few months.

Inclusive and intentional research design has the potential to shift us away from paternalistic approaches to development and turn ‘beneficiaries’ into experts and agents of change. It has the power to influence policy and practice so we can permanently lift people out of cycles of poverty. I learned a great deal from the communities I worked with, things I would never have found in a textbook or TED Talk. Ceding some control can feel daunting, but the privilege of connecting people to policymakers and democratising our data makes the extra effort all worthwhile.

Join this free event to find out how public perceptions data can be mapped against government performance to drive policy change in India.